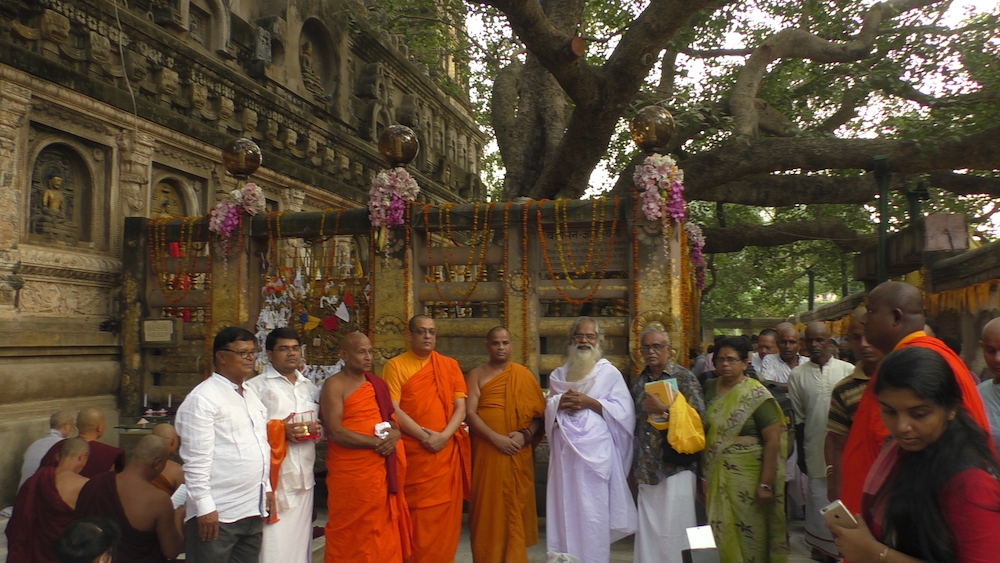 His Holiness Jagadguru Swami Isa visited Bodh Gaya on October 18, as part of a tour of north India. The Mahabodhi Society of India's Ven. H. Saddhathissa Theor, the Bhikku-in-Charge, welcomed Swamiji along with  the venerable resident monks of the centre. His Holiness was invited to light a lamp in their temple, and chanting of sacred Buddhist texts took place.  His Holiness was presented with books and gifts. His Holiness' own books were presented also to the venerable monks.

Then, His Holiness was escorted to the Bodhi Tree, the place of enlightenment of the Buddha. Thousands of pilgrims from around the world congregate daily to chant and pray under the tree.

October 18 is traditionally celebrated as Deepawali, the festival of light.  Earlier in the day, His Holiness had been in Gaya and paid homage at the important temples there.

The following Sanskrit Sloka was written by His Holiness under the bodhi tree: