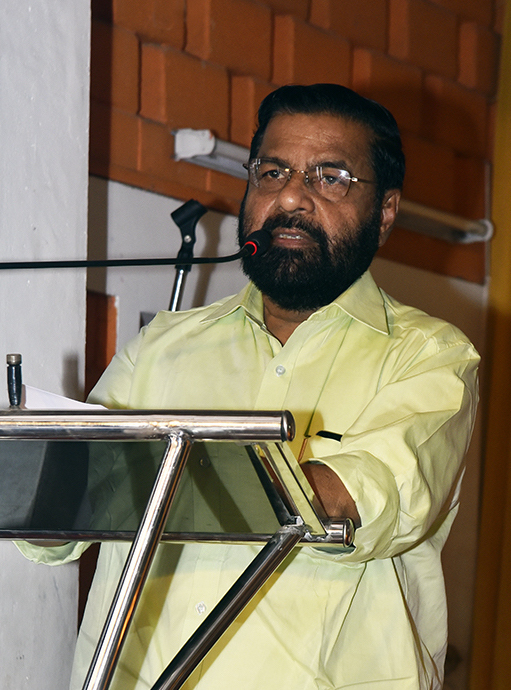 “Contrary to the belief that spiritual attainment and scientific aptitude are mutually exclusive, I must say that the Isa Viswa Prajnana Trust has been successful in blending both,” the Minister for Tourism of Kerala said on March 29th. “We all know that Swami Isa is relentlessly engaged in programs to give a greater scientific awareness about the self and the universe. I sincerely wish that his vision leads to greater achievements,” he said.

Minister Kadakampally Surendran was inaugurating the IVPT & Global Energy Parliament’s Sustainable State Model project. The Model was presented to him publicly at the function. “The international consortium of scientists has meticulously evaluated the last 100 years’ of development in Kerala state. I am glad that GEP has taken the initiative…Once it is implemented, Kerala can be positioned as a global leader for sustainable living.”

He further said that the concept addresses “several concerns regarding imbalance in the state including climate change, agriculture, urban development and food security.” The project will begin with planting of fruit-bearing trees at two tourist sites in Thiruvananthapuram, Veli and Akkulam, with the Ministry’s support.

“I extend all my support to this project,” he said.

Read more about the Remoulding Kerala Sustainable State Model project on the GEP website at: www.global-energy-parliament.net