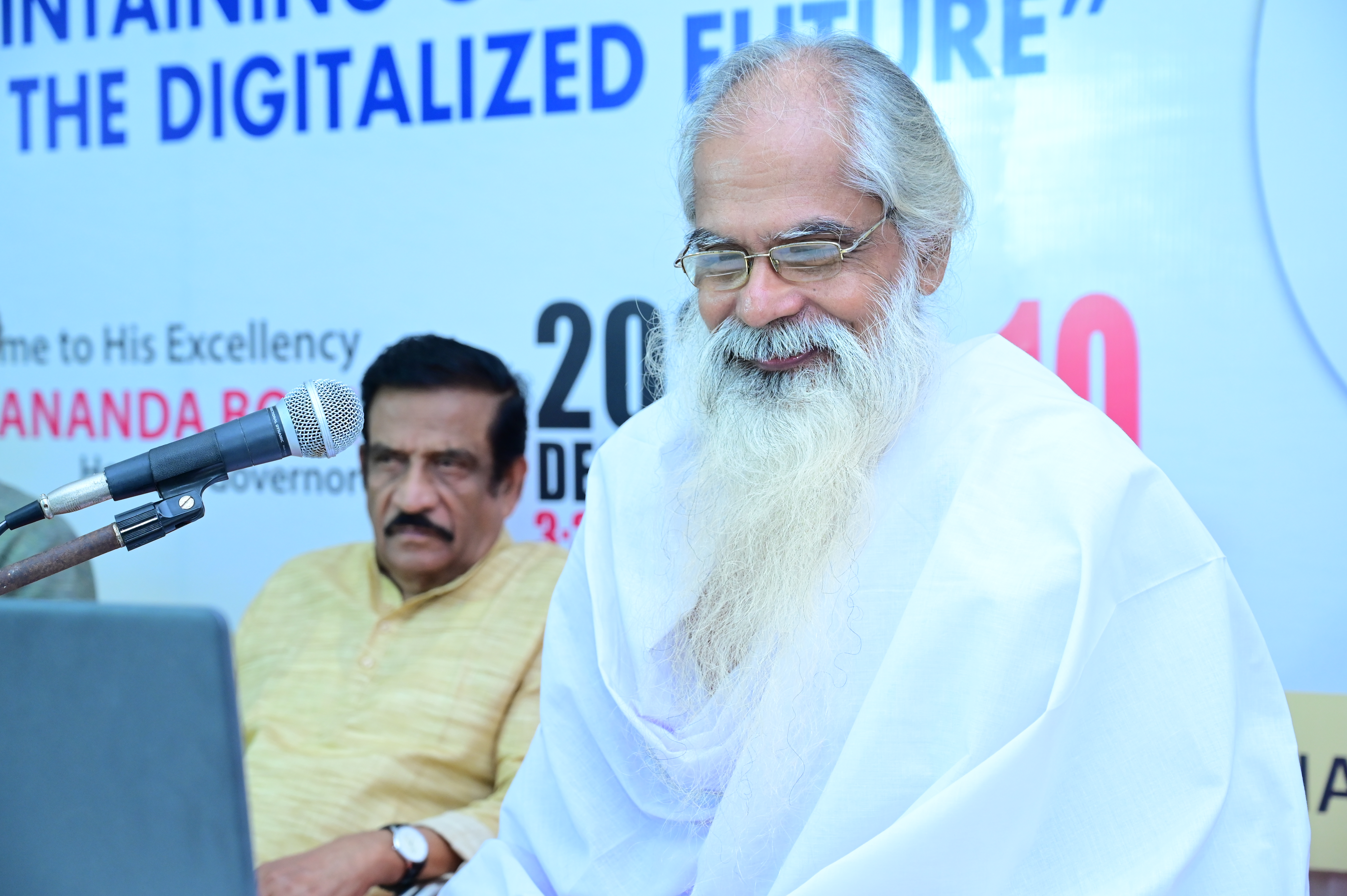 Global Energy Parliament Members from around the world assembled on December 9-10, 2022 in person and online to hold the 12th annual session of parliament on the theme "Maintaining Our Humanity in the Digitalized Future."

From education to business to healthcare and beyond, digitalization is unavoidable in nearly all areas of life. MPs and guest speakers from 25 countries discussed how to welcome the advances that digitalization brings to human civilization, while at the same time ensuring that its new culture does not mean we lose touch with what it means to be a human being.

The event was inaugurated by the Hon'ble Governor of West Bengal, His Excellency Dr. C.V. Ananda Bose. In his Inaugural Address, Dr. Bose reminded the assembly of the noble vision of the Global Energy Parliament and the educational system of Education for Total Consciousness which was presented to the President of India last month. Dr. Bose congratulated the Global Energy Parliament on assembling over many years to discuss important and forward-looking topics for the global scenario. He noted that many topics of the upcoming G20 sessions have already been addressed by the GEP. He said, “What Jagadguru Swami Isa thinks today, the world will think tomorrow.”

His Holiness Jagadguru Swami Isa, Founder of the Global Energy Parliament addressed the assembly by emphasizing the difference between a human being and a machine. “Are machines for human beings, or are human beings for machines?" he asked. "We must find a common ground where the best of the biotic binary code and the abiotic binary code are utilized for the good of all life on Earth and universe. Then only humanity can survive.”

Read more about the event at: https://www.global-energy-parliament.net/gep2022