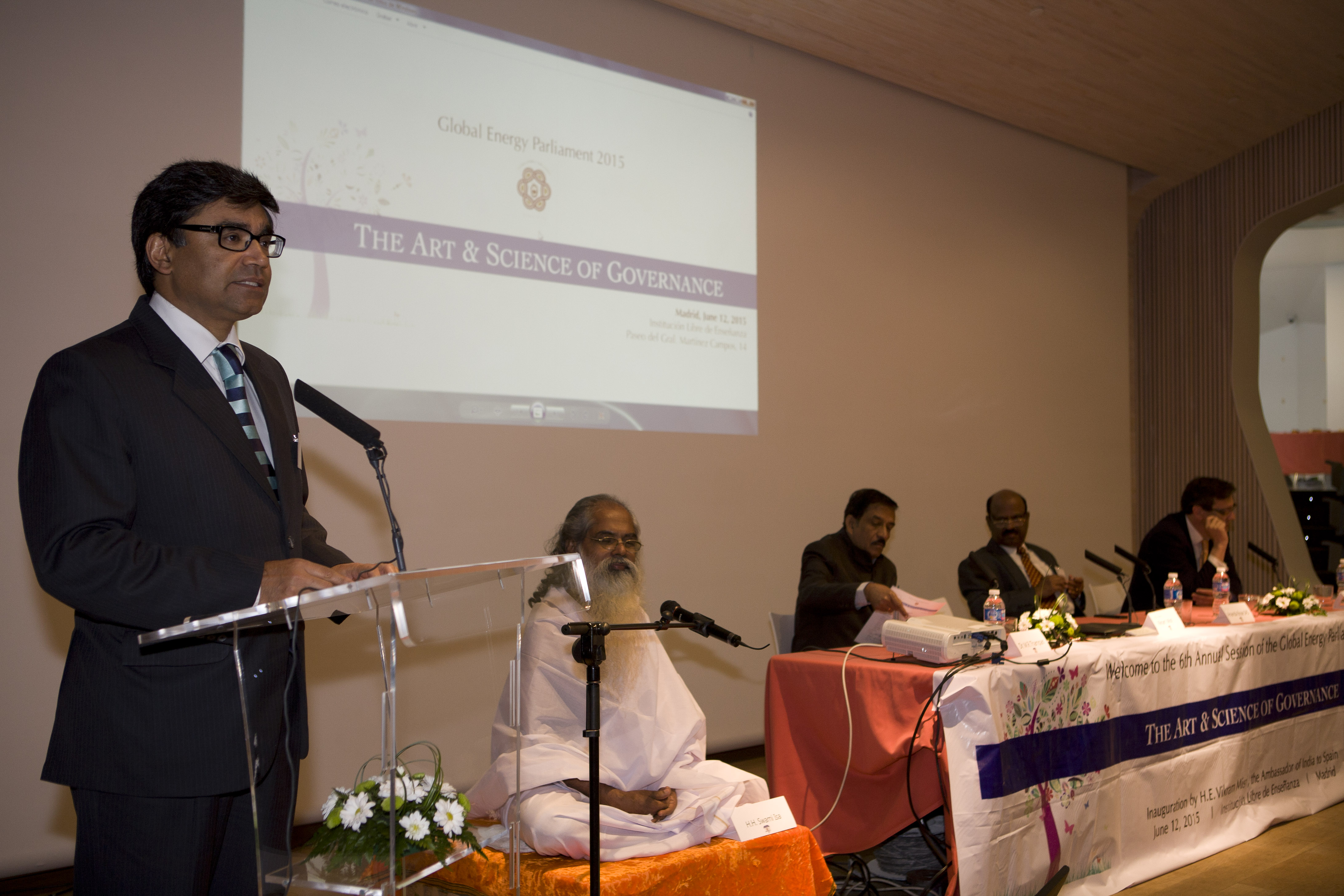 The 6th Global Energy Parliament was held in Madrid on June 12, 2015 in the presence of His Holiness Swami Isa, on the topic of "The Art and Science of Governance."  His Excellency the Ambassador of India to Spain, Mr. Vikram Misri, inaugurated the event.

His Holiness Swami Isa opened the session by addressing the need for a more complete scientific awareness in global leaders about the interconnected web of energy between an individual, community, nation, biosphere, planet earth, galaxy, etc.

He explained that effective governance is the ability to correct imbalances at any level, created through a total awareness about energy. He emphasied that effective governance comes through awareness of, in particular the Matter, Energy, Space, Time and Information (Thought-based and Emotion-based) and Consciousness of any given issue or population.

Mr. Mohan Chainani, a distinguished businessman, was also in attendance at the event, along with many international dignitaries including:

Dr. C.V. Ananda Bose IAS, Speaker of the Global Energy Parliament and Former Secretary to the Govt of India

Dr. M.R. Thampan, Secretary of the Global Energy Parliament and Director of the Kerala State Institute of Languages

Gopala (José María Márquez Jurado), Secretary of the Sivananda Yoga Vedanta Centre of Spain; Manager of the General Council of the Judiciary, Madrid

Dr. Folker Meissner, Chairman of GEP Germany, Founder and Chairman of the German Academy for Energy Medicine and Bioenergetics

and the Sohinimoksha Dance Troupe.