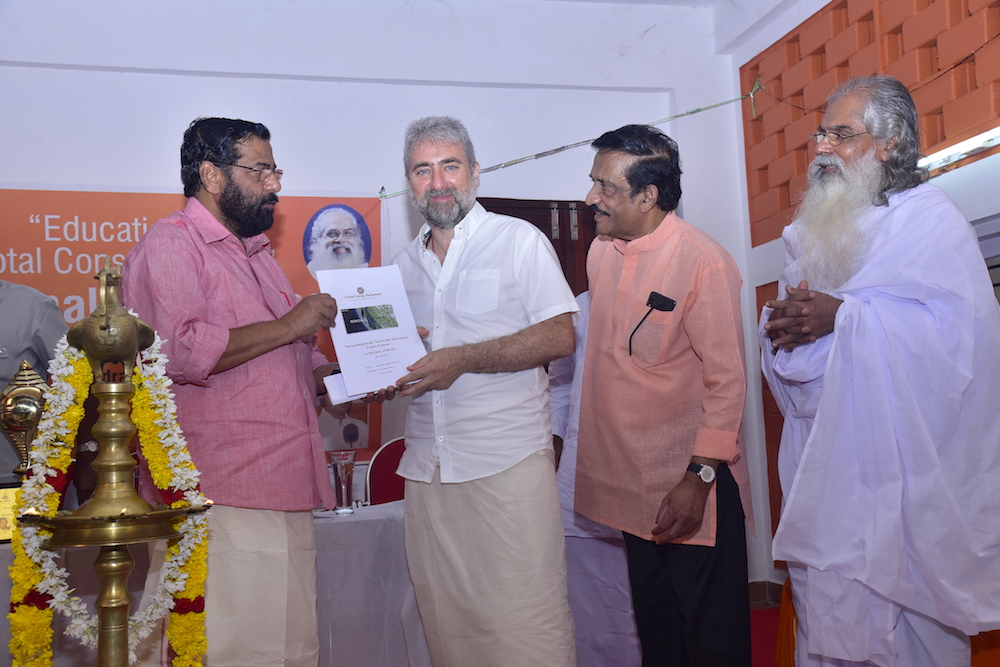 The Global Energy Parliament had last year formulated an international consortium of scientists and researchers who had researched the land use patterns in Kerala State and designed a Susatianable State Model, based on the I-Theory. A proposal was submitted in March to the Government of Kerala, at a function in which the Minister for Tourism received it. The first phase of the Model concerns redistribution of land for agricultural purposes and proposes an urban fruit tree planting project concentrated in Tourist areas. The Ministry of Tourism has agreed.

Foreseeing a heavy monsoon season, the researchers prepared a second proposal about Coastal Sustainability, and presented a paper on the concept at the International Conference on Education for Total Consciousness on July 16, 2019. This proposal concerns plantation of greenwalls along coastlines as a remedy to tsunami, storms, sea erosion, and it also insists on limiting the human habitation near to the shore.