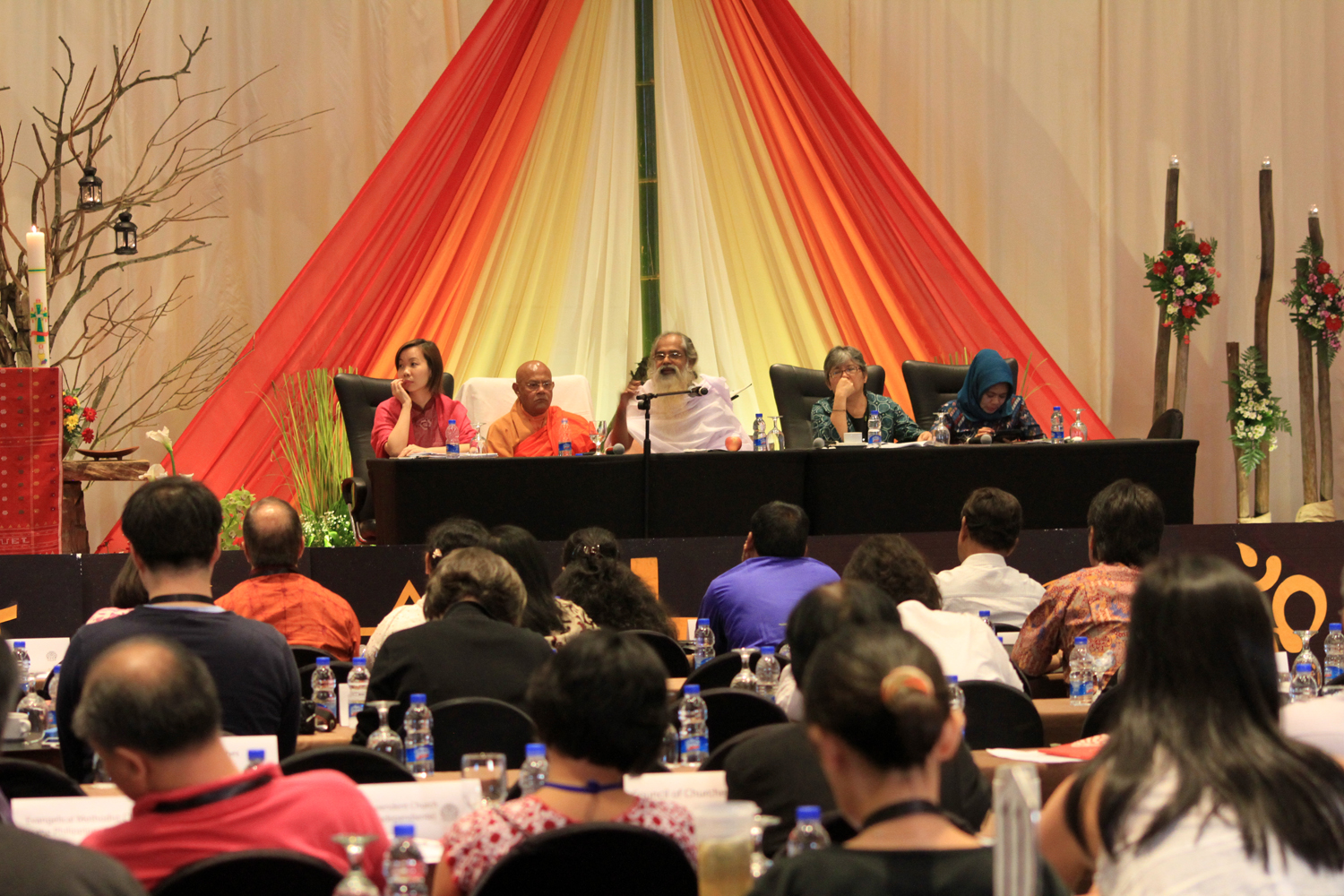 Swami Isa was invited to Jakarta to speak at the 16th General Assembly of the Christian Conference of Asia on May 25, 2015.  The Interfaith Panel on which he participated had talks by representatives of the Muslim, Buddhist and Christian faiths, and Swamiji represented the Vedic (Hindu) tradition.

"Aarsha Samskara" was Swamiji's main topic, and the 4 pillars of the vedas: Dharma, Aartha, Kamaa and Moksha.

He explained these in the light of the "I theory," and the positive, negative and neutral energies present in all of us and the universe, which these 4 pillars help to maintain in balance.

The response from the participants, nearly 500 in all from many churches across Asia, was very positive and warm.  Special thanks to Dr. Rev. Mathews George Chunakara, the newly elected Secretary General of the Christan Conference of Asia, and Dr. Henriette Labang, then-Secretary General.