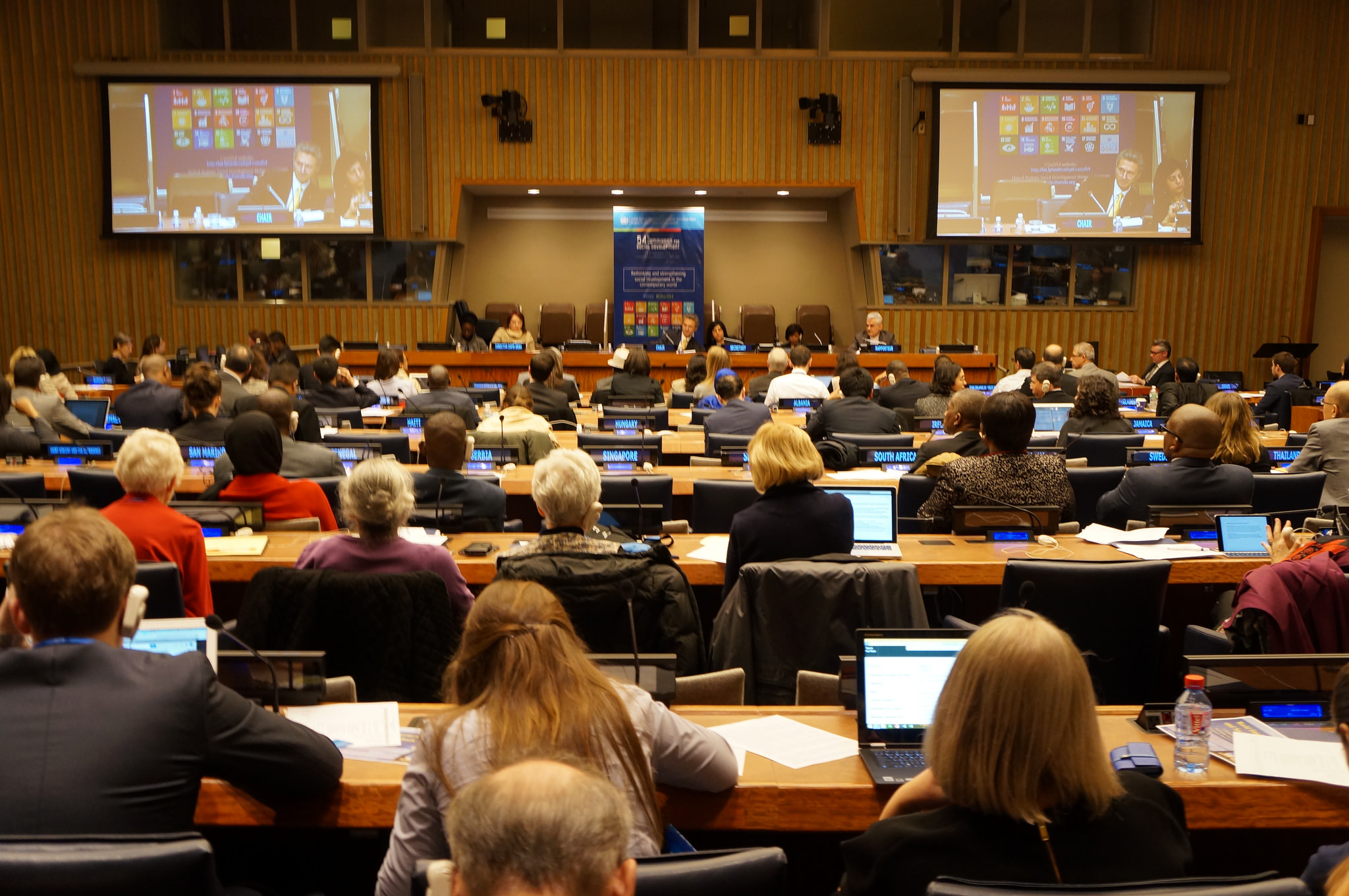 Dr. C.V. Ananda Bose IAS (former Secretary-level to the Govt of India, Chairman of the Central Railside Warehousing Company) represented the Trust at the meeting, and delivered a statement promoting more inclusive opportunities for youth in organizations and the need for a holistic education based on an integration of outer and inner knowledge.

'The current generation of 1.8 billion young people is the largest in the history of the world. In India alone there are 356 million youth. One day, they will be turning back and asking us, ‘Have you made this world a better place for us to live in?’' said Dr. Bose.

'Youth are not just creatures of past nor custodians of present, they’re creators of future,' he said.

The Trust applauds the recent international developments to encourage the participation of youth, including a Youth Forum that has been recently created by ECOSOC. However, it submits, 'Organizations like the UN should introspect and see if the energy and aspirations of youth are met, and if not, a reorganization may need to take place.'

This thinking has led the Isa Viswa Prajnana Trust to initiate the Global Energy Students Parliament in 2010, composed of youth Members of Parliament. Over the years, they have assembled to discuss the issues facing them, agree on solutions, lobby for them with the governments, and participate in actions and programs that benefit society.

The Trust also issued a cautionary note: 'The younger generation today mostly believes that material success is everything. It has to be brought back into a value system which has contributed to the growth and development of civilizations everywhere.'

'While great strides in science and technology, wholly laudable, have been made into outer space, we also need another journey into inner space. That is where objective knowledge and subjective knowledge should meet, in an integrated education,' said Dr Bose in his statement.

'Great philosophers and sages like Swami Vivekananda of the past and Swami Isa of the present day are exhorting youth to understand the relationship between the subject and the object. Objective-subjective education and practices will give rise to optimum contribution of service by individuals, creating a harmonious and peaceful society,' he said.

'The UN was set up to free us from the scourge of war. The older generation has taught us how to wage war, and now the younger generation should teach us how to wage peace. Peace is first waged in the thoughts of the human,' the statement concluded.

View the video of Dr Bose's speech at the UN at:

Learn more about our activities: